A wrap up of Ghoul’s 2022 show and some tips on booking gallery spaces in Tokyo.

It was already September and I had no home for Ghoul’s 2023 show. I had an elaborate plan for my exhibition and a vague idea that somehow, somewhere within the sprawl of Tokyo there would be a gallery that would host me before I flew out to Australia in December for a 12-month hiatus.

The first stop was Tokyo Pixel in Kuramae. Kuramae was a different world to the electric buzz of neighbouring Akihabara. Its down-to-earth, slower pace was home to a boho community of makers and artisans.

Stepping through the door I was greeted by the owner, Ozu-san, and Shiho So, who was exhibiting. Ozu-san had originally made a name for himself as a cross stitch designer before starting his own gallery. I introduced myself, noting his apron featured the bust of a chicken and a cow with pixelated type asking me if I preferred beef or chicken.

Ozu-san informed me that the gallery was booked until 2024, but as a consolation suggested a handful of other spaces. When I waved goodbye I felt a little more anxious than when I’d arrived, mentally crossing my first choice off the list. I soon found myself also crossing out Mograg in Kuramae and Gankaarou in Ikebukuro, both booked well into the future.

These galleries were in high demand because they provided space for free, taking a 30% commission on sales. There was no shortage of temporary rental spaces in Tokyo – marketed as pop-up store space – but they were expensive, ranging anywhere between $500 to $20,000 a day.

Next I inspected Tefu Yoyogi-Uehara and Tefu Shimokitazawa. They were available, but being rental spaces they came with the aforementioned high price tags.

There was one last gallery/store space Ozu-san had recommended, called Meteor. It was located in Nishi Ogikubo, a town 10 minutes out of Shinkjuku renowned for its vintage antique stores (kotohin).

Arriving in “Nishi Ogi”, I walked up and down the street a few times, a little lost. Eventually I spotted a perspex sign, blank but for a lime green space invader, which led me up a narrow staircase to the gallery on the second floor.

Sakagami-san greeted me from the counter, a pixelated polar bear with Russian glyphs on his sweater. He had seen great success with his My Famicase exhibition, an annual event where artists submit a fictitious Famicon game design label, which are then placed on actual cartridges and displayed. In recent years the show had spread from Tokyo to Hong Kong and LA. 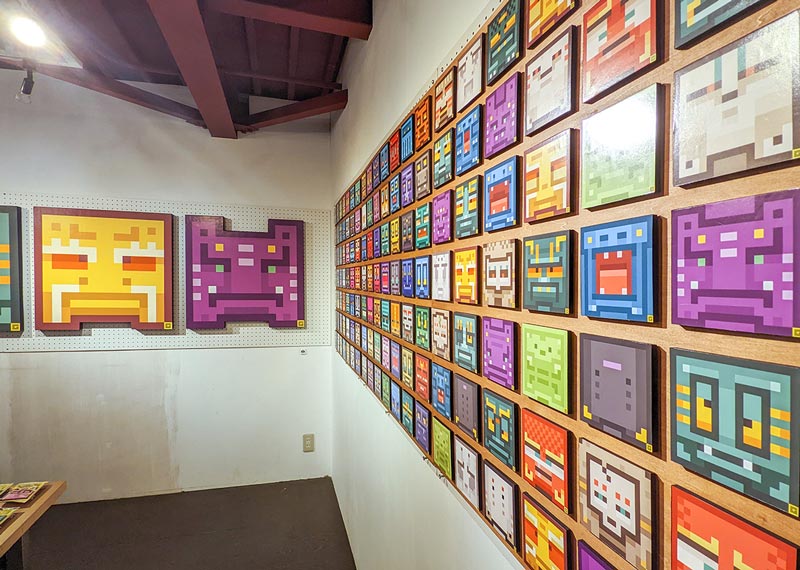 The space was neat and compact. There was a stuffed owl perched upon a vintage Nintendo kiosk in one corner. Prince of Persia running on an emulator in another. Shelves were neatly organised with retro gaming goods; eBoy prints for sale on the walls.

As I left I realised I’d found the space. I’d have to shelve my original plan and do something simpler, but I could see it working and the retro gaming crowd that regularly passed through Meteor’s doors were the kind of people I wanted to introduce to Ghoul. 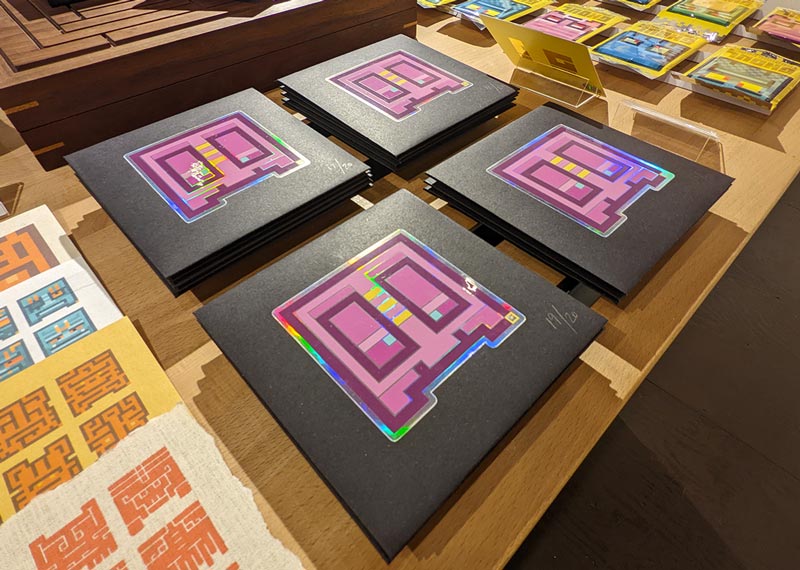 The next four weeks were a blur as I prepared. My local hardware store became a second home. Fab Cafe in Shibuya laser etched wood and plaster pieces. I set up a workshop at home and constructed, sawed, sanded, painted and polished the various pieces I was going to show.

The night before launch I installed the artwork with Sakagami-san’s help, abuzz with anticipation. Everything seemed to fit perfectly. 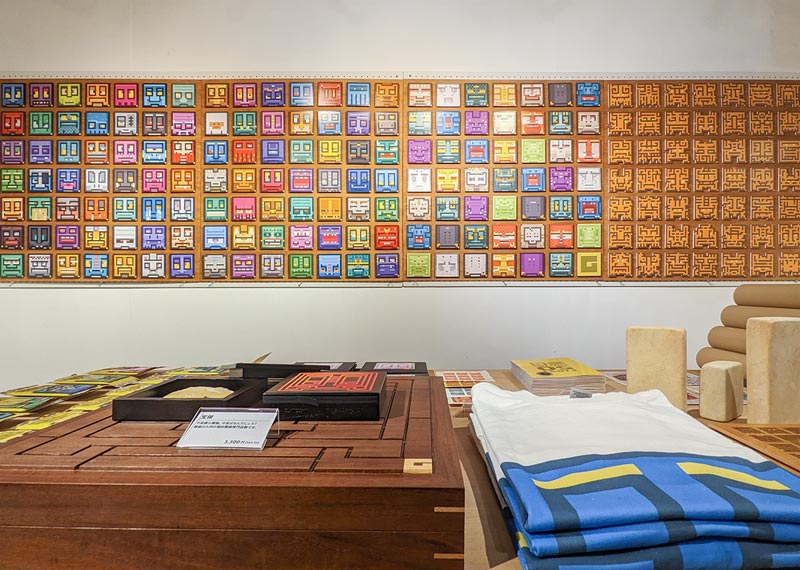 On the opening day we’d barely opened when the first visitor swung through the door, wearing a blue knit jumper with a space invader on the lapel, and carrying a shopping bag with a giant rubber ducky in it. Looking through the goods for sale she picked out a handful of things and dropped them onto the counter. We were off to a good start.

I fell into a pattern, giving visitors a few minutes before hopping up and introducing myself and the work, talking through the Ghoul story, and explaining how the visit to the Jomon ruins of Sannai Maruyama in Aomori-ken had influenced the project.

The time in-between visits were just as valuable, discussing design, music and culture with Sakagami-san. He introduced me to Balearic beats, we discussed the Sankebetsu brown bear incident and Japan’s ‘Hand of God’ archaeologist, and even played a couple of games of Carcassonne. 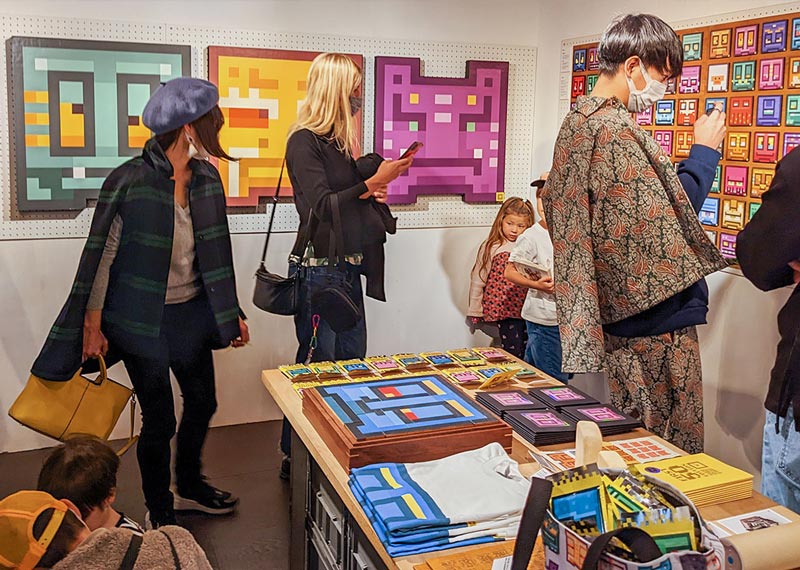 One of the last visitors was Veronika Ikonnikova, who had been dealing with Putin’s invasion into her home country in Ukraine. I’d pledged that any proceeds from sales would go directly to a Ukranian charity, and it was Veronika who had recommended where the money should go. She explained to me how she was coping, and how she’d helped her family escape their town near the Russian border through a series of clandestine couriers and trains, helping them evacuate to safety in the west.

A week later the show was a wrap. Late on a wet Sunday night we packed it up and loaded it into my car, and I drove off with a car full of monsters, waving goodbye to Sakagami-san in the rearview mirror, satisfied I’d put on a great show. 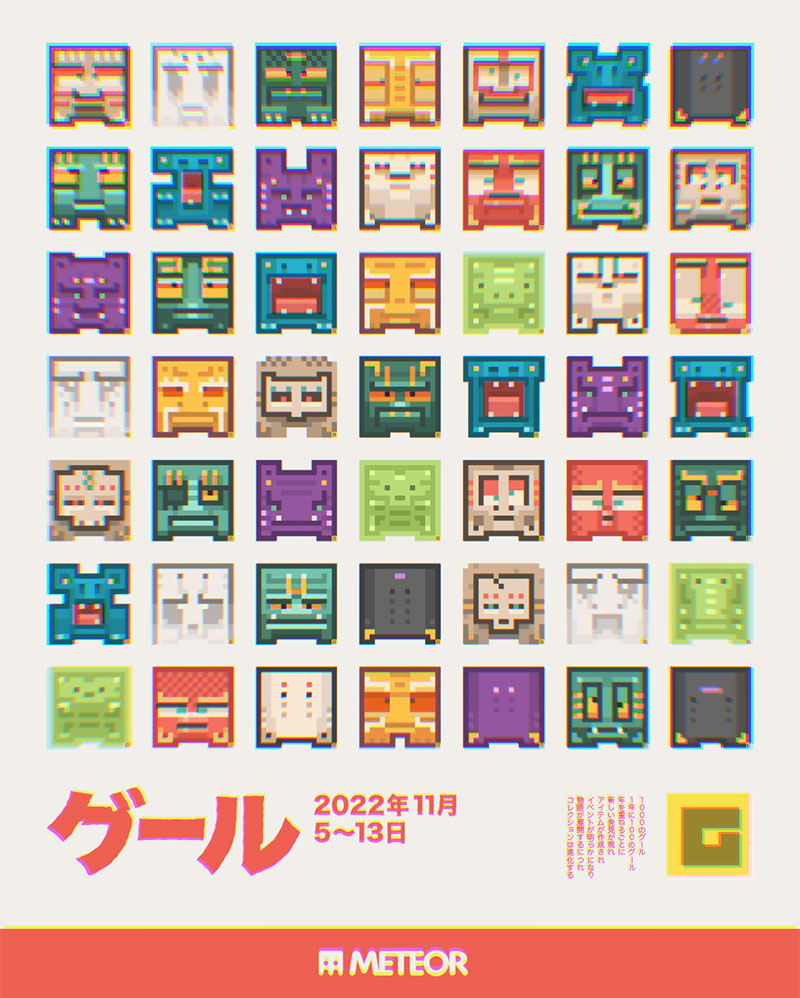 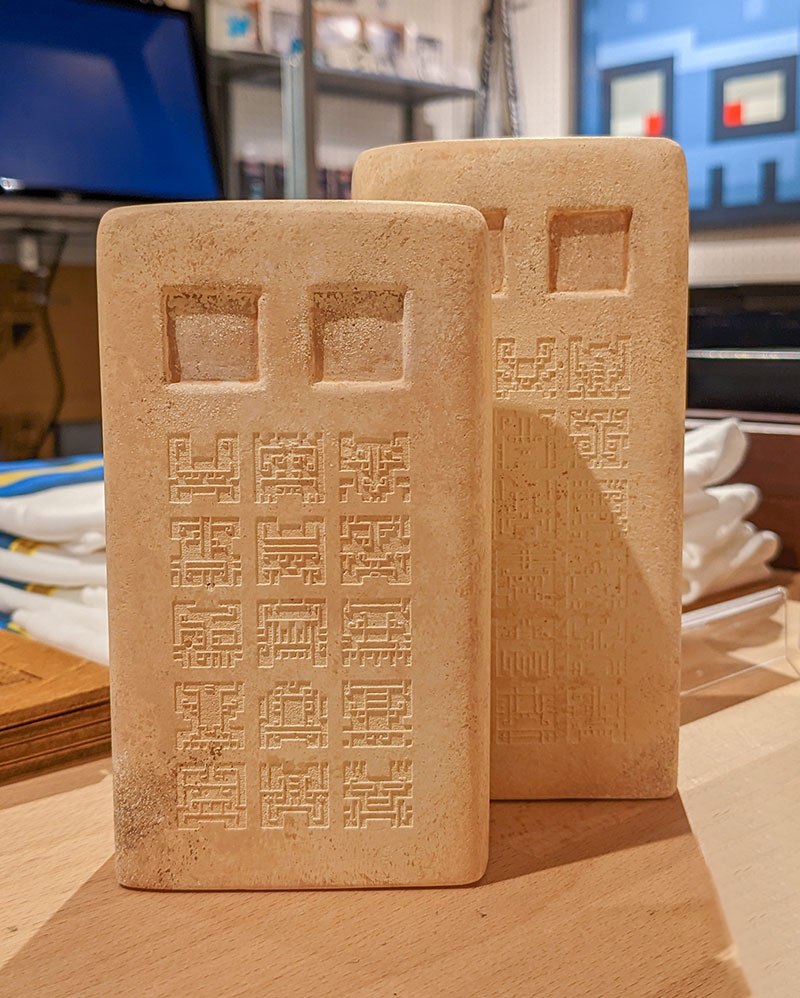 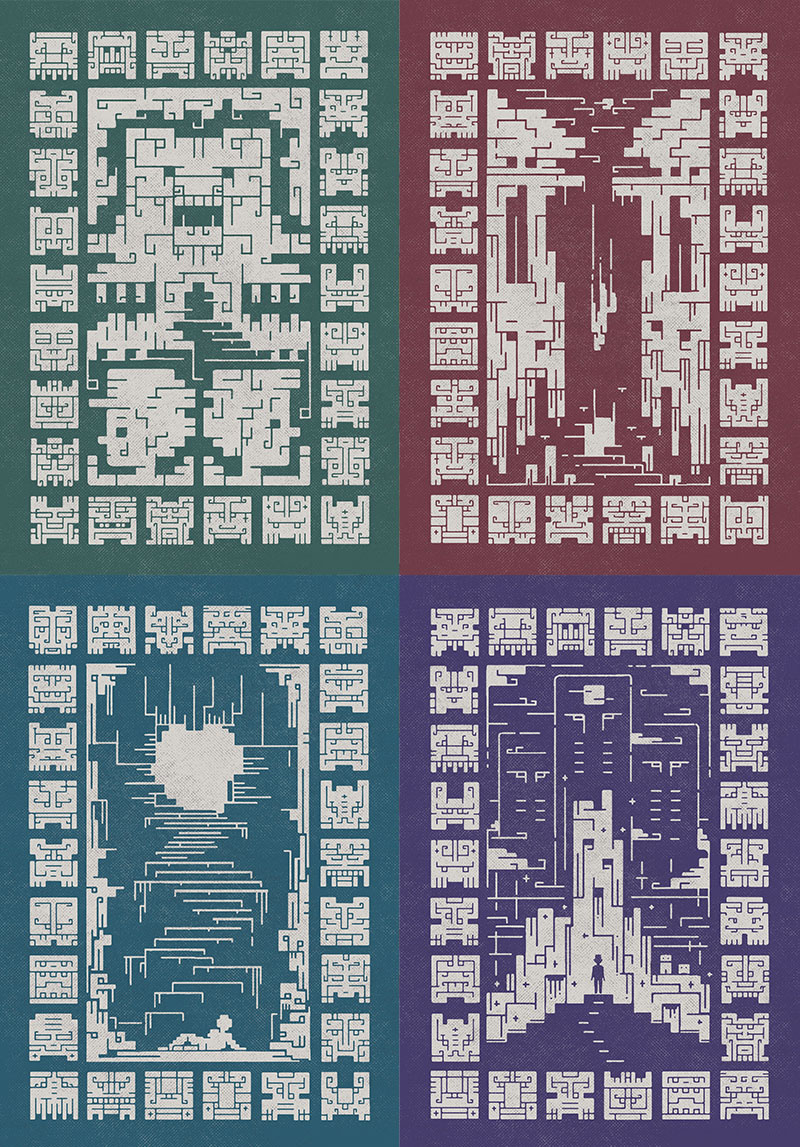 Processing...
Thank you! Your subscription has been confirmed. You'll hear from us soon.
Loading Comments...