In April 2022 I stepped onto a shinkansen in Tokyo to travel the 600km north to Aomori. I was on a journey to find out more about Jōmon artifacts.

In the video game ‘Zelda: Breath of the Wild’ we come across ancient artifacts called Sheikah Technology. If you’re a fan of Pokémon, you may be familiar with the characters Claydol and Baltoy. These pop culture icons are based on artifacts from Japan’s Jōmon period.

‘Jōmon’ is the word used to describe several ancient peoples that lived in the Japanese archipelago between 14,000 and 300 BCE. The literal translation of Jōmon is ‘rope people’, and is derived from their pottery’s distinct patterns made by impressing cords of rope into the wet clay.

Along with these clay pots and vessels, the Jōmon also made highly stylised statues called dogū, clay masks, stone batons, and kidney-shaped beads called magatama. It was in the dogū and masks that I saw a source of inspiration for Ghoul.

When I stepped off the train the first thing I noticed was the cold air. The cherry blossoms season was almost over in Tokyo, but hadn’t yet begun here. I stayed in a minshuku near the site of the ruins for two nights, sleeping on tatami under the watchful eyes of kokeshi dolls in glass-door cabinets.

Starting in a conventional museum building at the site, the route lead me out into a large field where the village has been recreated around the original archaeological dig. Many of the Jōmon dwellings were set into the earth, the base roughly the size of a six-person tent, with wood and thatch used for the roof. There were around 500 of these uncovered in the area.

These were in contrast to a number of elevated structures, which were said to have been used as village storehouses. One structure featured six chestnut tree trunks, each 1 metre in diameter, which acted as pillars providing the foundation for a 20 metre high viewing platform. A few kilometres away the ocean feeds into a river that runs parallel to the site, and the platform would have given the Jōmon a clear view out to sea, across to the island of Hokkaido.

Mounds were found at the site containing thousands of pieces of broken ceremonial artifacts. These mounds of refuse were built up over thousands of years, and an excavated trench dug two metres into the ground allows you to see the hundreds of broken artifacts that remain in layers in the compacted earth.

Many of the retrieved dogūs and masks are on display in the museum. They’re based on the human form, and change as stylisations developed over time. Their craft was clearly a major part of their culture, and I saw similarities to the way modern Japan celebrates craftsmanship today.

Like the discovery I’d made with southern Arabia Stelae, Jōmon art appealed to me as authentic, mysterious, and intriguing artifacts of a civilisation long since gone. Experiences like the journey to Sannai Maruyama feeds into my own artwork for Ghoul, and becomes another marker in my artist’s journey.

For more information about the Sannai Maruyama site check their website sannaimaruyama.pref.aomori.jp/english/ 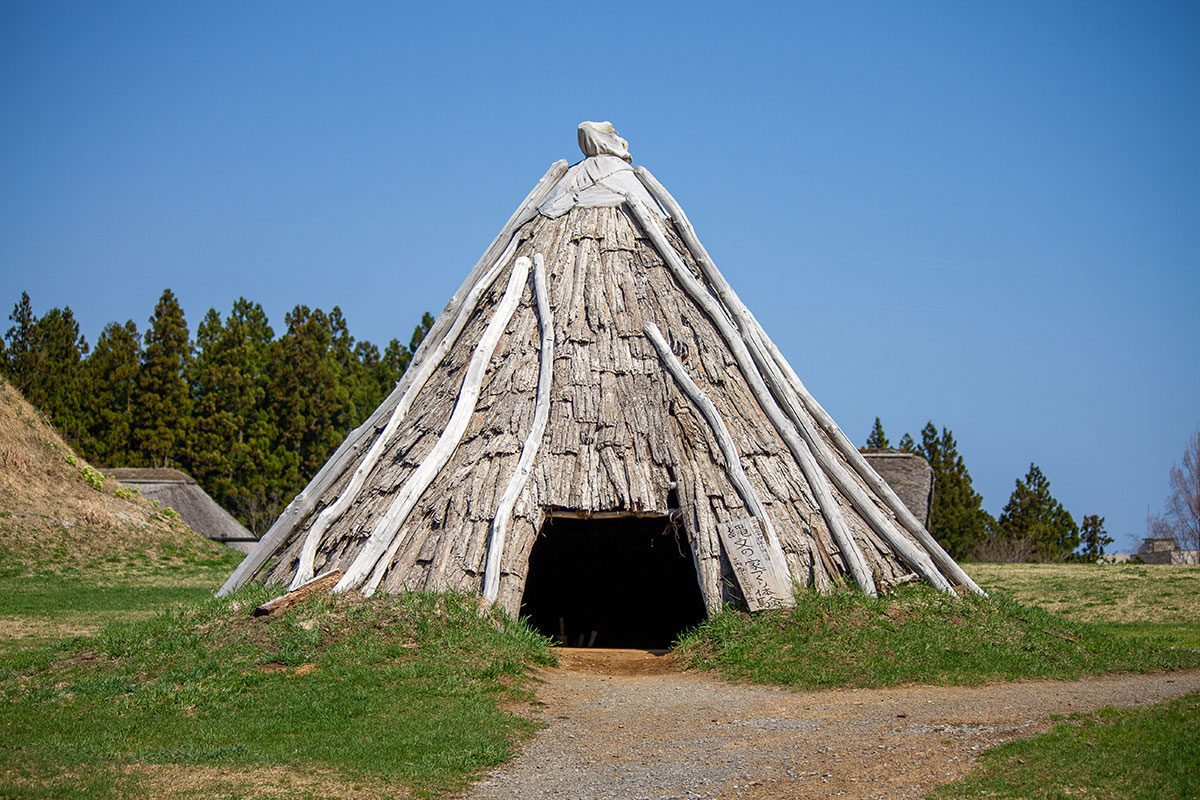 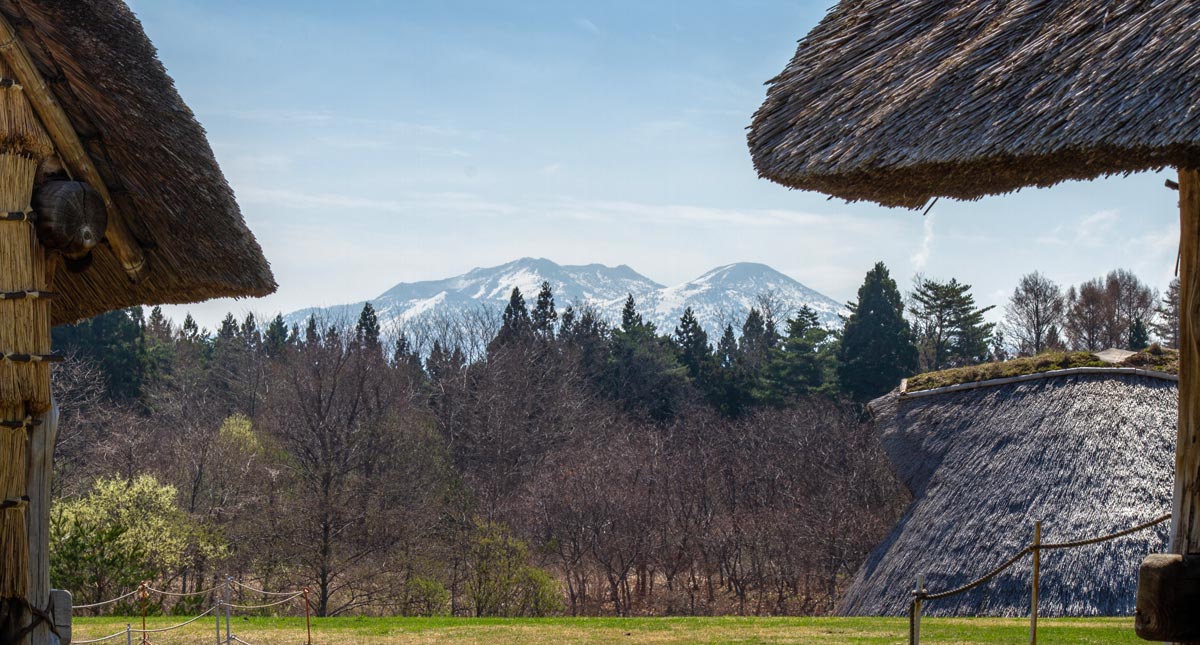 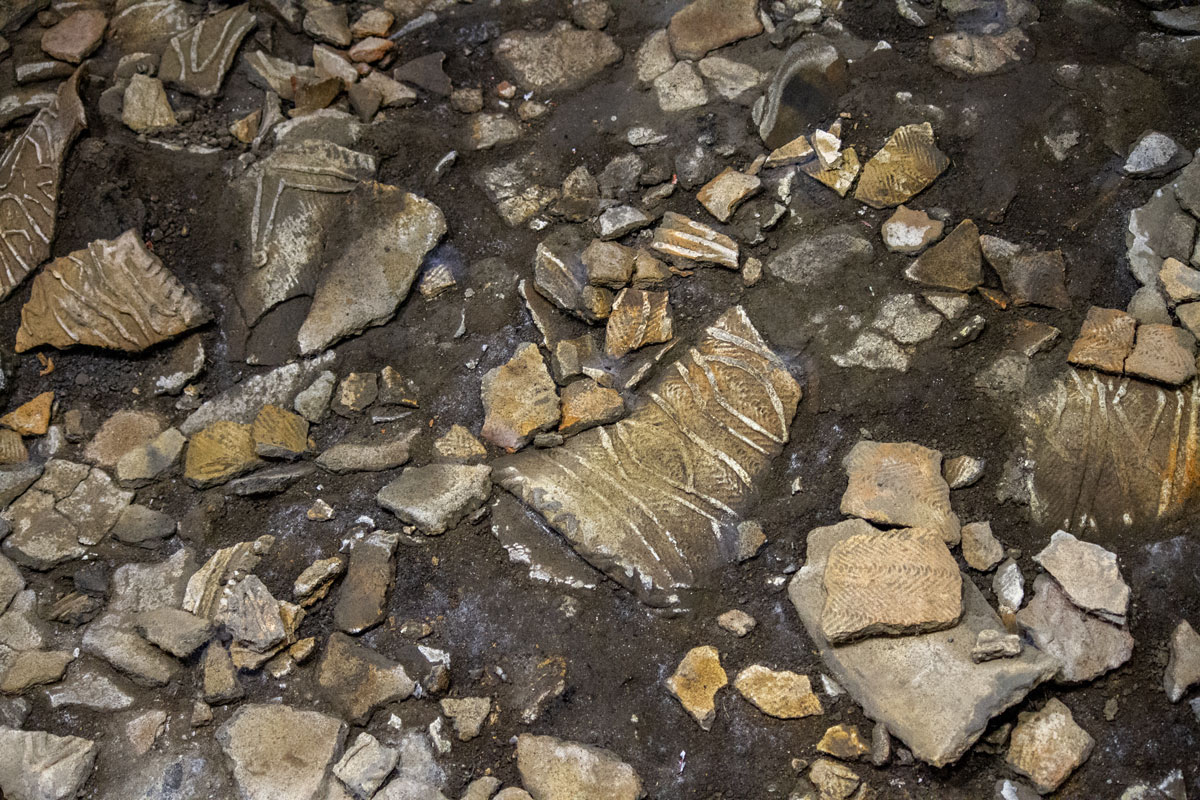 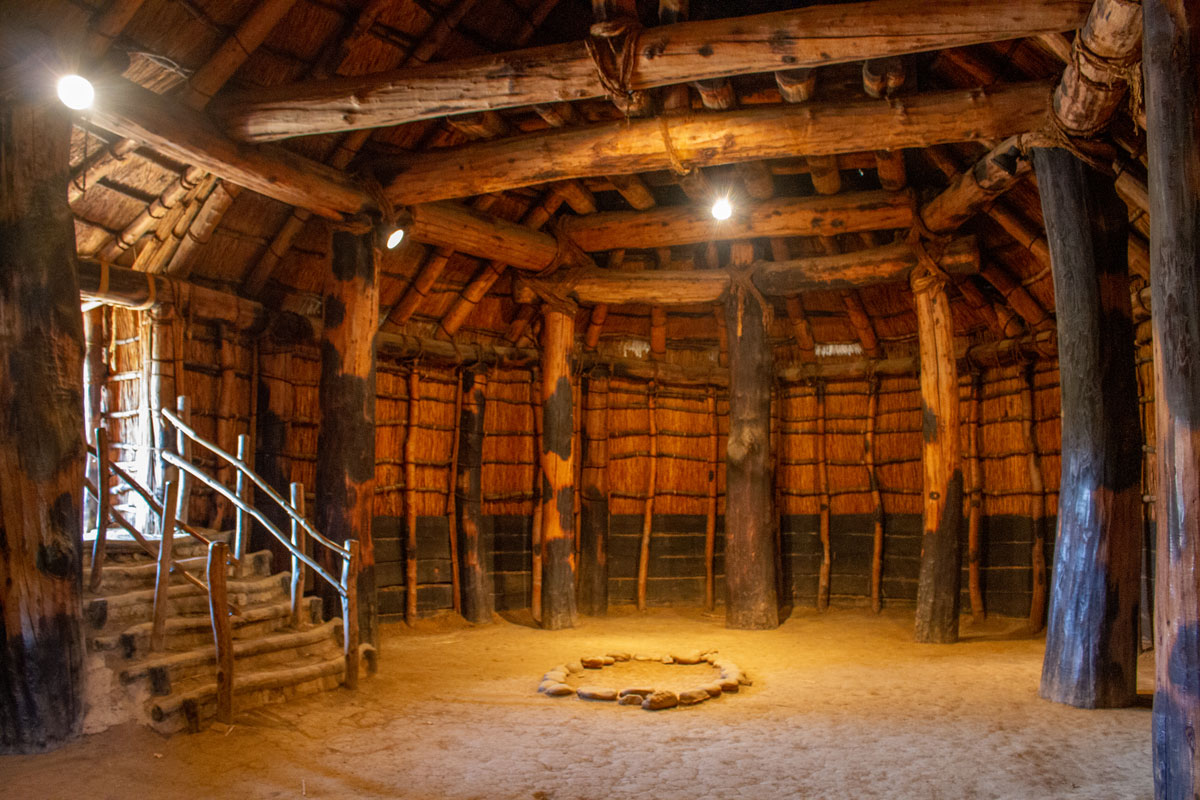 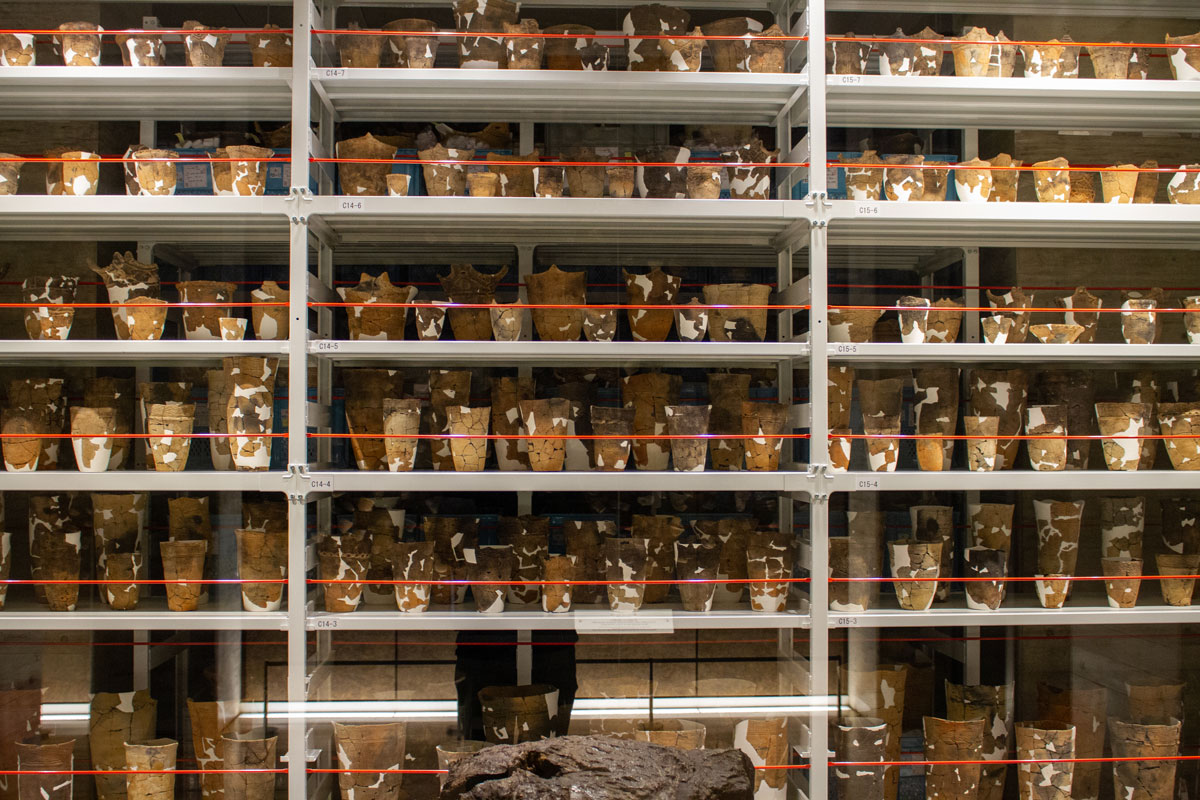 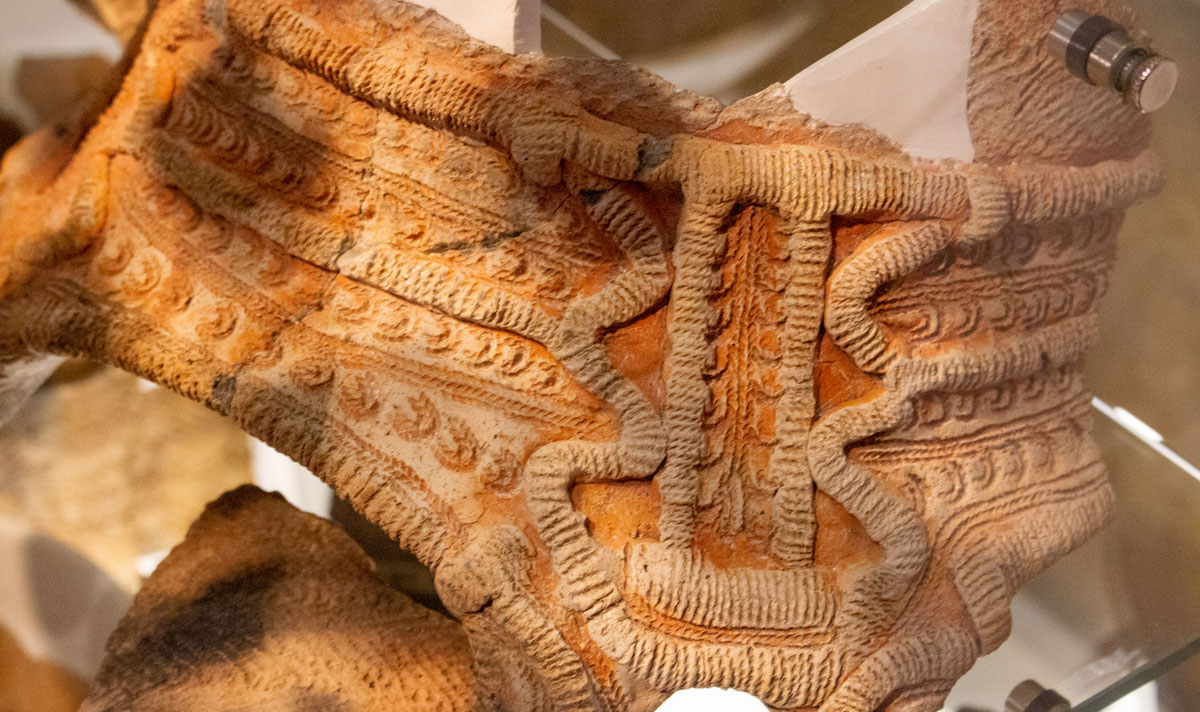 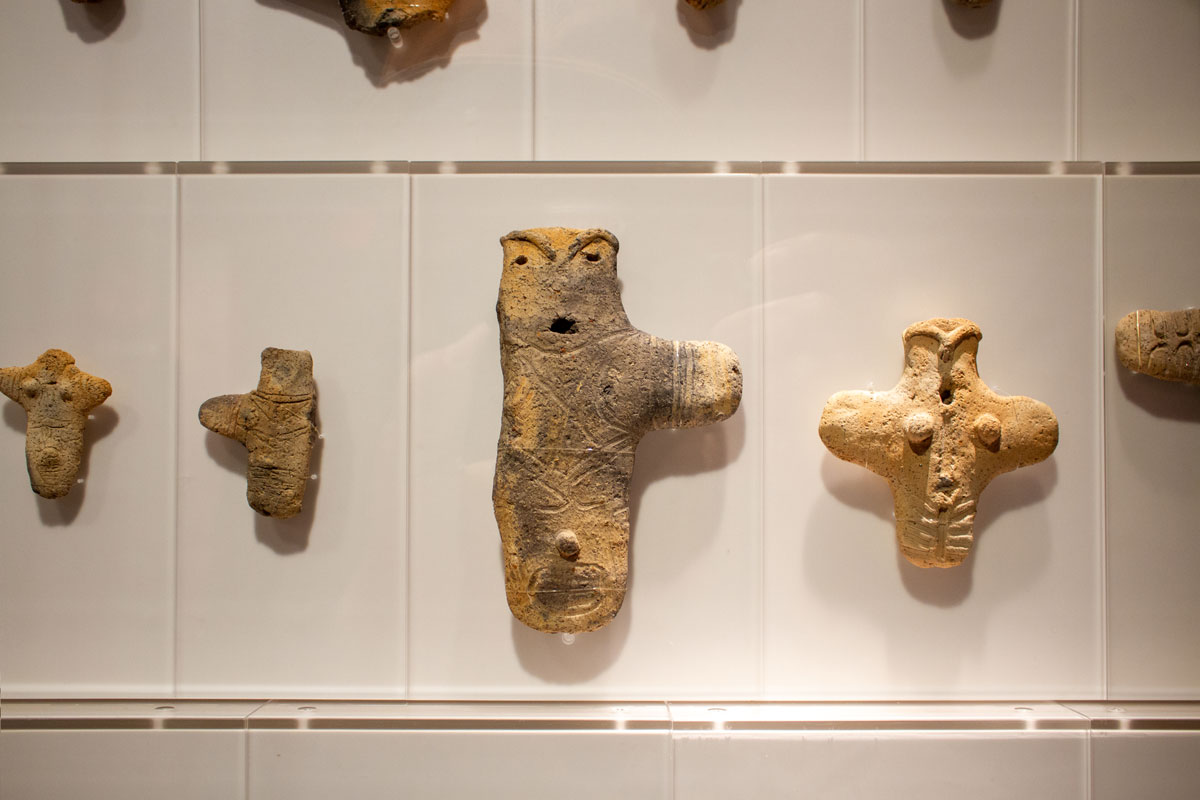 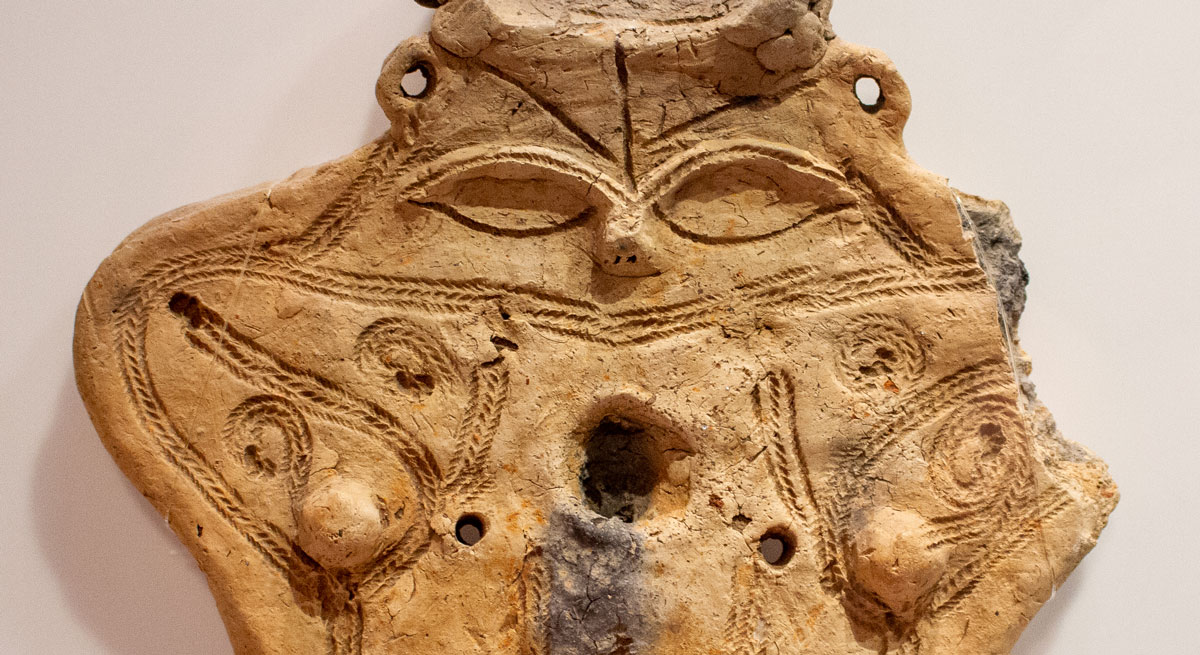 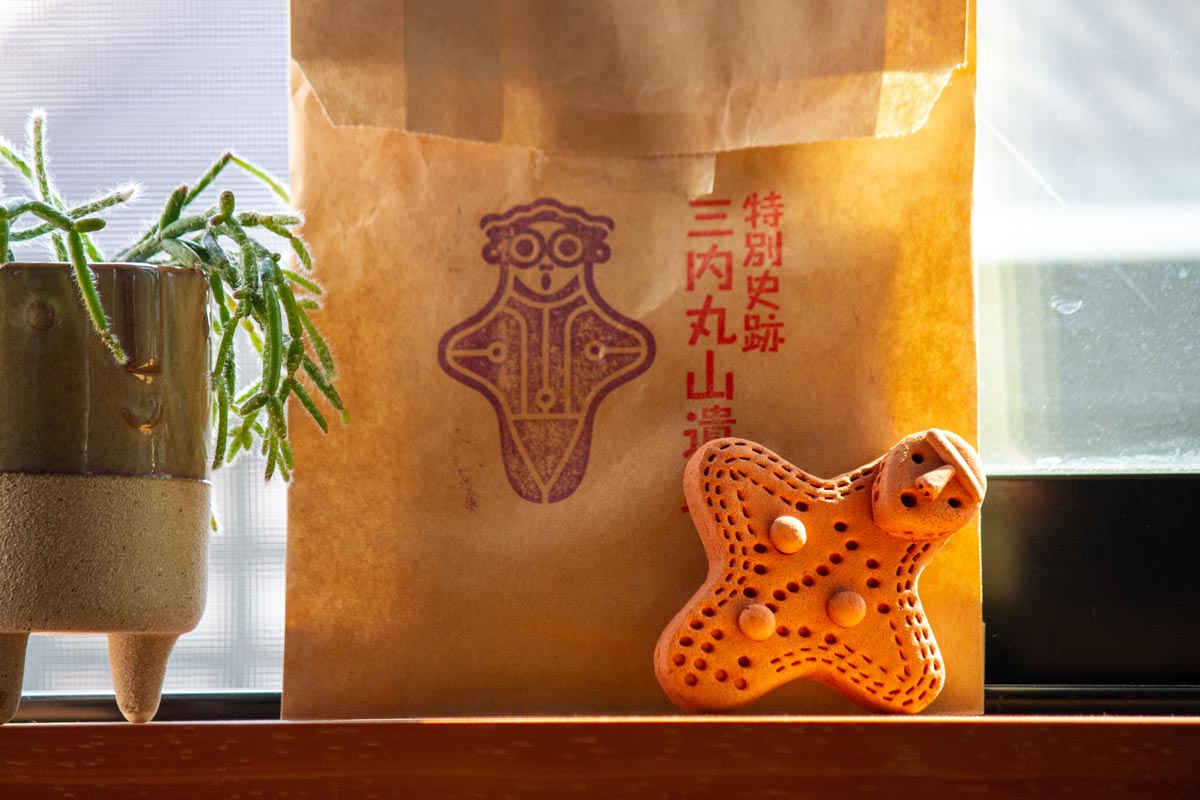 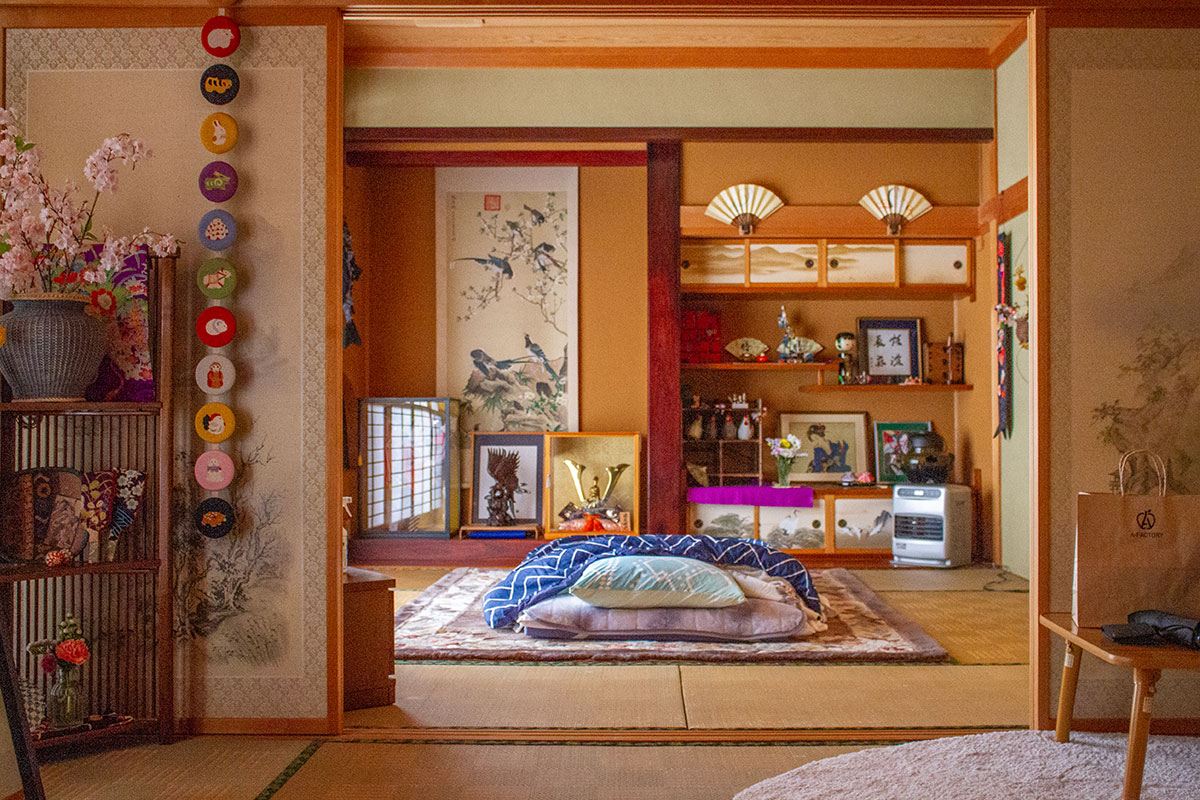