The Second Wave has crossed over into our world.

Introducing the second set of ghouls, numbers #51 to #101. The collection feels more exotic than the first 50, with colour that’s a little wilder, design a little more unusual.

On 1 October 2021 the first five ghouls of the second wave were launched as PFP NFTs in a new collection called The Second Wave on Opensea. This collection sees an upgrade in the form of Properties, with traits including Expression, Eyes, Skin, Feature, Tier, and Tribe. Opensea provides data on how rare a ghoul’s trait may be within the collection as a whole.

One of the first five ghouls reveals a 0.2ETH payout on unlock.Chewnold was awarded pre-sale access via raffle on the Ghoul Discord. to secure their desired ghoul and have first chance at securing the Ethereum payout. Chewnold chose to purchase #54 TRITON.

The payout has yet to be unlocked.

Every fortnight from 1 October 2021 another set of 5 ghouls will be released until all 50 have been revealed. In the lead up to the reveal a giveaway is run on the creator’s Twitter account.

Prepare for some weird and wonderful little monsters over the coming months. And be sure to check out the collection so far, The Second Wave on Opensea. 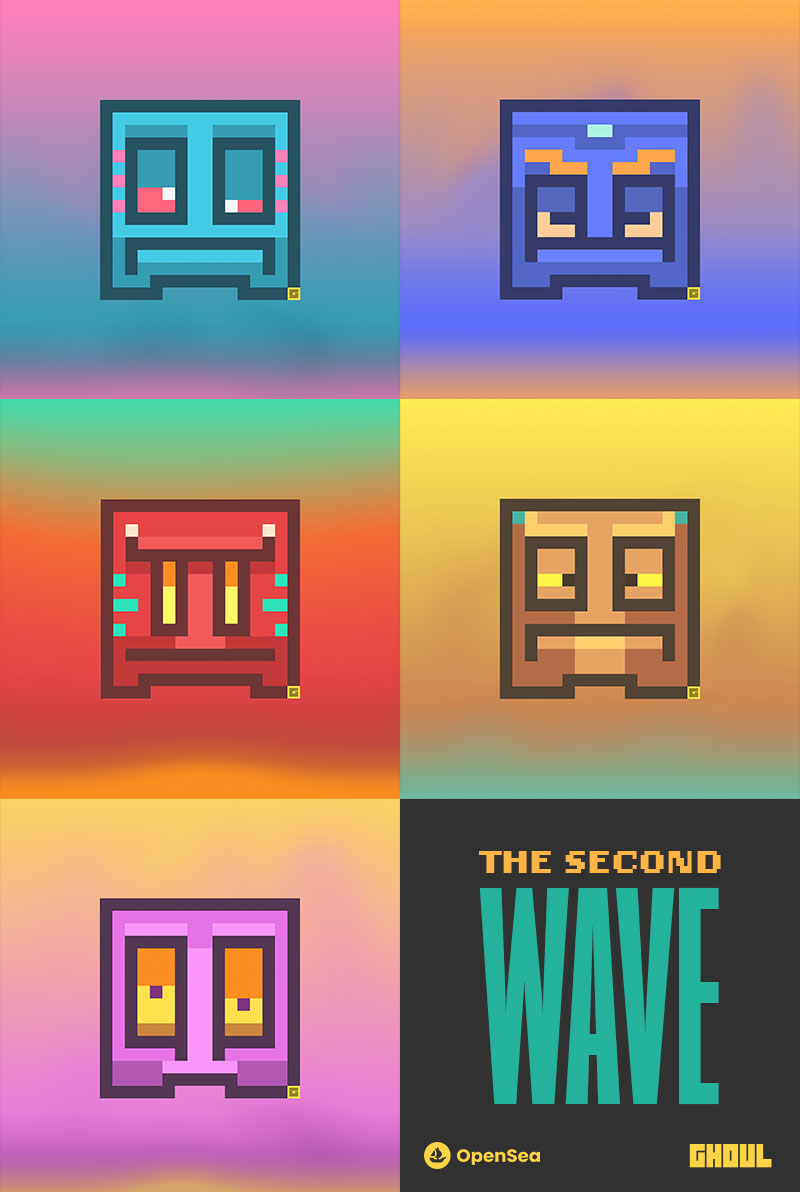